With the Victorian Premier pushing for a parliamentary conscience vote on euthanasia this year, Assisted Suicide: The Musical is a must see at the Festival!

Following sell-out shows in the UK, actor, comedian and disability activist Liz Carr (probably best known here for her work on the BBC's Silent Witness) puts an all-singing, all-dancing counterargument, with her ‘TED talk with show tunes’ to explore this most topical of taboos.

Whilst opinion polls in the UK would have you believe that the majority think it’s a humane choice to legalise euthanasia or assisted suicide for terminally ill and disabled people, Liz and many others disagree—including the UK Parliament who in September 2015 voted overwhelmingly against an assisted suicide law.

Liz has debated this subject on television, been on a euthanasia road trip to all the countries where assisted suicide or euthanasia are legal and she has made this experience into a two-part BBC World Service radio documentary, ‘When Assisted Death is Legal’.

Confronting the lack of creative work exploring this most complex and controversial of subjects, she decided to combine her life as a performer with her life as a campaigner and her love of sequins and glitter. Assisted Suicide: The Musical was born.

She is joined by director Mark Whitelaw, composer Ian Hill and a talented cast to express this important but often unheard perspective- with show tunes!!

As Cameron Woodhead from Melbourne’s Age newspaper says “Carr describes Assisted Suicide: The Musical as a "TED talk with show tunes" and, if the musical theatre can be a bit amateurish, Carr's oratory is brilliant and persuasive. I thought I knew where I stood on the assisted suicide debate, but her fierce intelligence, erudition and sardonic wit left me much less certain.”

If you want to see a performance at this years Melbourne International Comedy Festival that will have you thinking after you leave the theatre Assisted Suicide the Musical is a must see!

Assisted Suicide the Musical is brought to the MICF by the hard working team at in company collective. See what they are up to at www.incompanycollective.com/ 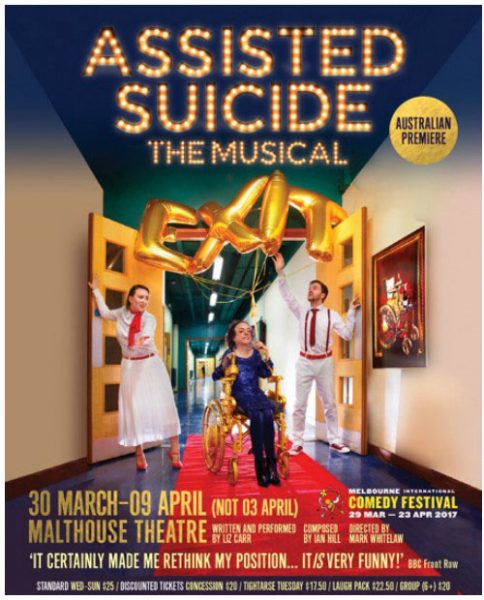 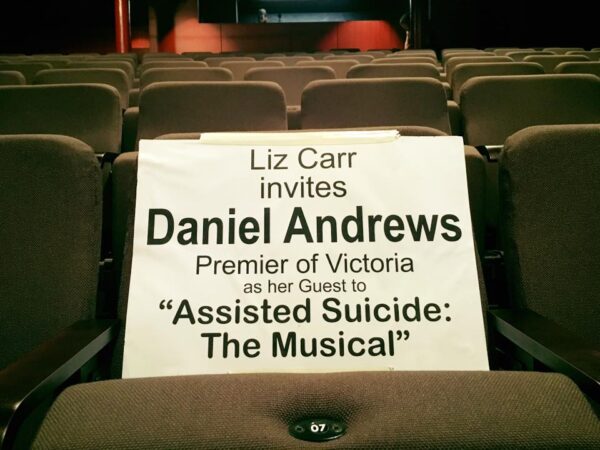 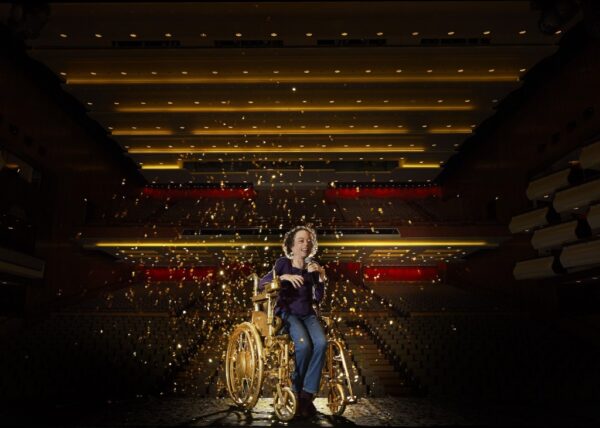