Are you part of an upcoming show on stage?
Are you looking for confetti for a performance?
That was the question facing Australia's most well-known Christian Children's entertainer several years ago.
Not anymore. Kaboom confetti is proud to once again be chosen as the confetti cannon supplier for Colin Buchanan. Embarking on a national tour, promoting his latest album FAM BAM Bible Jam. 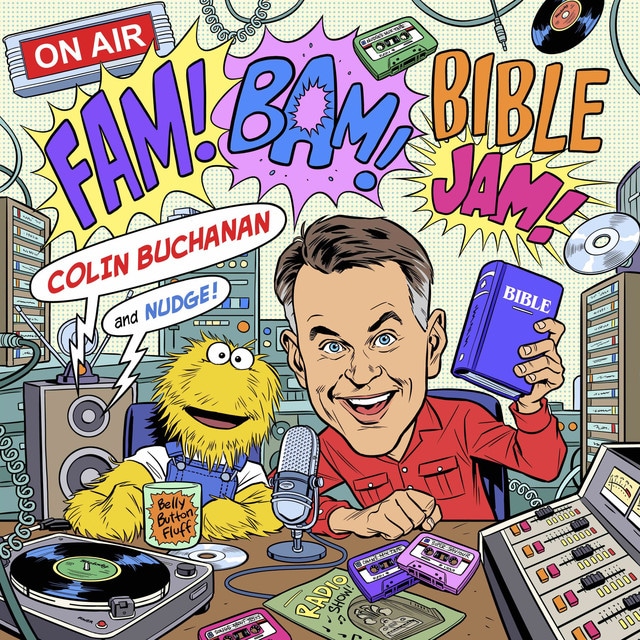 For over 15 years Colin Buchanan's Koorong Concert have been an annual must see for fans across Australia. More recently also touring the UK and the United States.

Colin's biblically faithful, catchy songs have delivered God's word to a whole generation. On stage he bursts with his unique ability to engage all ages.
In this tour Colin sings favourites and new tunes, getting everybody singing, dancing and laughing along.
A special guest - Colin's puppet Nudge, will be making a guest appearance, bringing some extra orange furry fun to the show.

You may know Colin from his stint on Playschool in the 1990’s. Colin has collected multiple Golden Guitar Country Music Awards. Collaborated with acclaimed artists such as Lee Kernaghan, Adam Brand and Troy Cassar-Daley. Over his career Colin has also been Nominated for Four Aria Awards.

This fun and action packed tour BURSTS on stage in October in Melbourne. Then heading to Queensland, Western Australia, New South Wales and finishing in Adelaide in November. Colin then has a full schedule with Christmas Carol performances. To keep up to date  with everything that is happening in Colin’s world head over to his website . Here you can see upcoming show dates and view the countless products including cd’s and videos Colin has on offer.